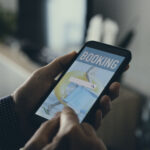 For anyone who owns or operates any form of short-term let property in Scotland, including those used as an AirBnB, an important change will be coming into force later this year under the Civic Government (Scotland) Act 1982 (Licensing of Short-term Lets) Order 2022.  Although there will be some exemptions, the legislation will require the majority short-term landlords or “hosts” to hold a licence and possibly planning permission to operate their property.  Licences will be implemented and distributed by each local authority.

“What is the reason for this new legislation?”

Local authorities will consider the application in the context of the local area and developments plans to make sure that one area doesn’t end up over-saturated, or that short-term lets aren’t located in inappropriate areas.

“When will this affect me?”

The deadline for applying for licences is 1 April 2023 with all short-term lets to be licensed by 1 July 2024.  Operating a short-term let without a licence after this date will be unlawful.
All local authorities must have their licensing scheme ready to receive applications by 1 October 2022.  If a host is already running their short-term let by then, they will be allowed to continue to do so but must apply for their licence before 1 April 2023.  If the host isn’t running their let prior to 1 October 2022, they will be permitted to advertise but not actually take bookings until they have a licence.
Both Highland and Moray Councils are still preparing all the necessary admin for the scheme and making decisions regarding fees and controlled areas; we will provide a further update once that information is made available by the relevant Councils.  It is thought that fees will vary based on number of guests/rooms etc.

“What will be required?”

A separate licence will be required for each property, although if two rooms are let in the one home, for example, both rooms will be covered by one licence.
The property itself will need to comply with mandatory conditions which relate to things such as fire and gas safety, maximum occupancy, appropriate insurance etc, which the majority of rented properties should already comply with.

All owners and day-to-day managers will be named on the licence and all named persons will need to be subject to a fit and proper person test, as with liquor licensing. When considering this, local authorities are likely to consider relevant criminal convictions or other information supplied by the Police.  Neighbours will be notified, as with planning applications, advising them that a licence has been applied for and giving them an opportunity to object.  It is thought that decisions on granting licences will be determined at licensing board meetings, which only occur periodically (usually every month to six weeks, depending on the local authority).  Board meetings may need to occur more frequently to deal with the influx of short-term let licence applications.

Licensing Authorities will have a maximum of 9 months to determine applications for new short-term lets and a maximum of 12 months to determine applications relating to existing lets (as those lets will be permitted to continue to operate until their licence is granted).
Initial licences will last for 3 years.  However, if a host chooses to renew their licence after this period, the local authority could grant any subsequent licences for a longer period. Local authorities should publish their individual processes on this along with all other information on the application process.
A host can apply for a temporary licence for up to 6 weeks while their full licence is being considered.

“How can Macleod and MacCallum help me?”

Hosts will be able to apply for their licences themselves. However, if you would like help with this, please do contact a member of our team (details below) and we’ll be happy to help.

If you would like more information as to whether your property will be subject to The Civic Government (Scotland) Act 1982 (Licensing of Short-term Lets) Order 2022, please do get in touch with a member of our Corporate & Commercial Team on 01463 239393.